Founded in 1670, Royal Botanic Garden Edinburgh (RBGE) is an international research institute with large living and museum collections of plants. Its mission is to Explore, Conserve and Explain the World of Plants for a Better Future. A key part of this work is to better understand the diversity of plant life on earth, to support its conservation and sustainable use. This includes projects studying the wild relatives of chocolate in Colombia and potatoes in Peru. 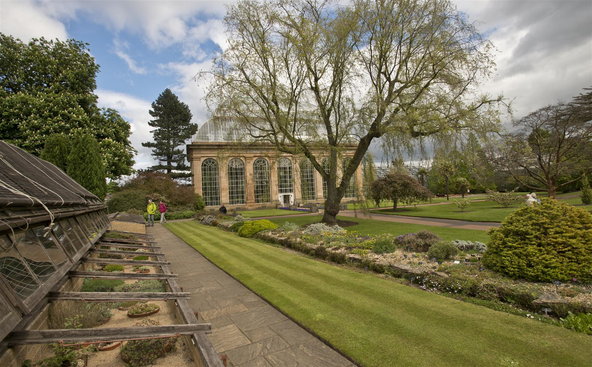 The main aim of RBGE’s research is to understand the planet’s botanical resources and address global biodiversity loss and ecological degradation. The Living Collection comprises over 130 000 plants from 13,500 species and 157 countries, representing 4% of the world’s total flora. 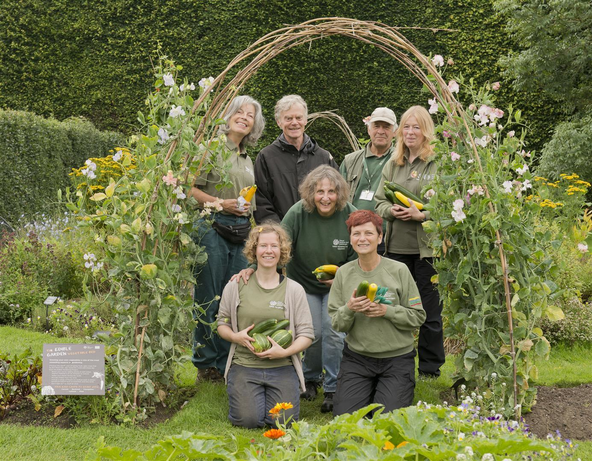 The large collections, both living and in the herbarium, form the foundation of RBGE’s research. 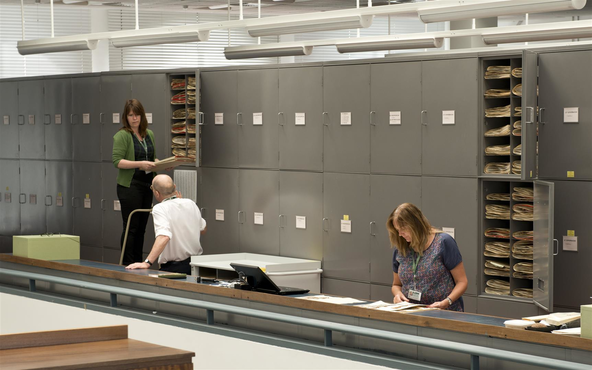 These collections are a repository of plant material that underpin research, conservation, learning and public engagement. They delight and inspire over 1 million visitors to the gardens every year and provide data for responding to our modern day challenges of biodiversity loss, climate change and food security to scientists.

The world was a very different place in the seventeenth century when RBGE was established; famine, civil war and plague were still apparent, and the natural world was seen to provide the raw materials and solutions to respond to these problems. Almost 350 years later and the natural world continues to sustain and protect us from famine and plagues.

One example is RBGE’s work on food security. The team at RBGE work on species related to crops, also known as Crop Wild Relatives (CWR). These species are used for maintaining cultivated crops, ensuring they are healthy and free of disease.

CWR have long been used for improving our crops because these wild species have evolved traits, such as pathogen resistance, through adapting to wild growing conditions. 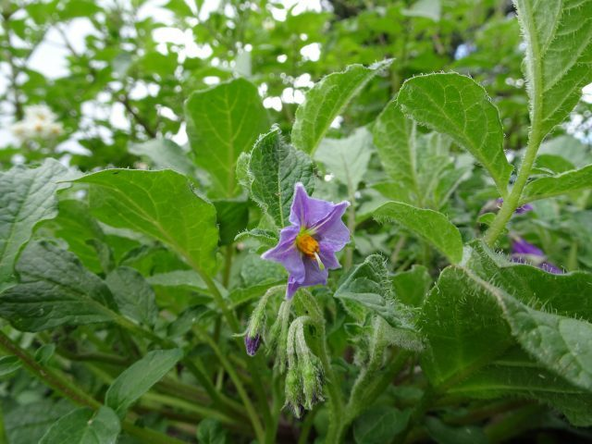 Harnessing these agronomically interesting traits into our cultivated crops is an important step in plant breeding: the complex genetic machineries that have evolved over millions of years in the wild species are gold mines for ensuring food for the future, because it is far easier to bring already existing genetic mechanisms into our crops than to try to re-invent these in a laboratory.

Globally, only a few institutions do research on CWR, one of which is RBGE. Research includes mapping their distribution, characterising species morphologically and ecologically, and describing new species when they are found. Breeding programmes, where CWR are crossed with cultivated crops to introduce wild genes into the crops, are run by governmental organisations, international research institutes and seed companies.

One of the economically important plant groups that RBGE works on is the nightshade family (Solanaceae) that includes many globally important crops, including tomato, potato, sweet pepper, chilli pepper and eggplant.

Dr Tiina Särkinen at RBGE works on the evolutionary history and diversity of the wild species of the genus Solanum L. 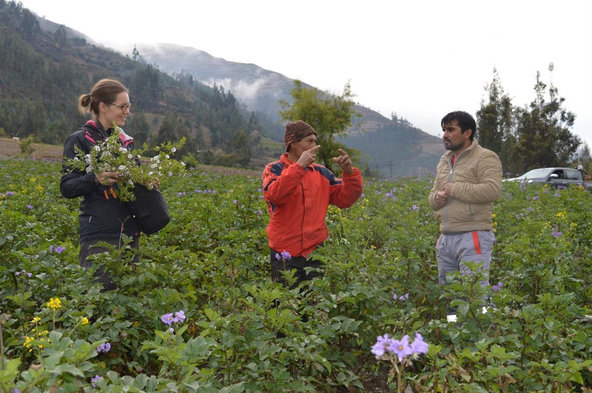 Solanum is agriculturally one of the most important flowering plant genera and is also one of the largest genera of vascular plants: with an estimated 1,500 species, keeping a track of the whereabouts of all the species is not an easy task!

In 2015, Dr Särkinen together with Solanum experts from the UK, US, Brazil, and Peru mapped and catalogued all currently known wild relatives of potato, tomato and eggplant found in Peru. 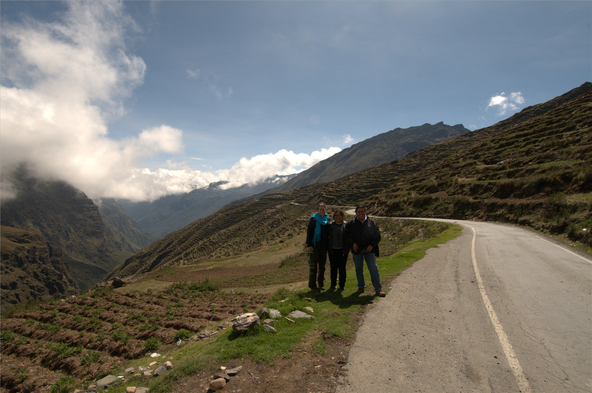 Peru is amongst the world’s most biodiverse countries and is the centre of diversity of both tomato and potato crop wild relatives. A total of 276 species of Solanum are known from the country and these include 53 wild potatoes and 14 wild tomatoes, representing 47% and 82% of all known wild species of potato and tomato, respectively.

Dr Särkinen is also studying new crops which are already used in some parts of the world, but not yet in Europe. One example is African supervegetables. 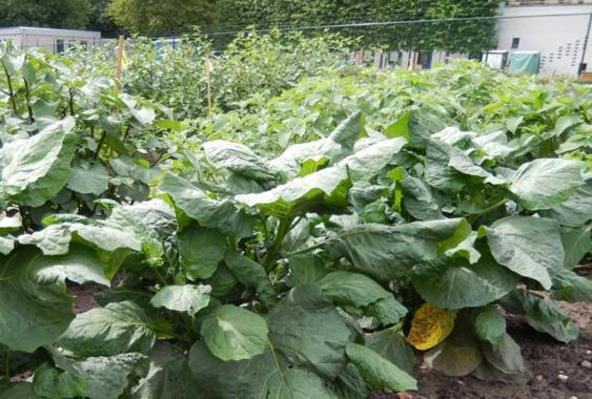 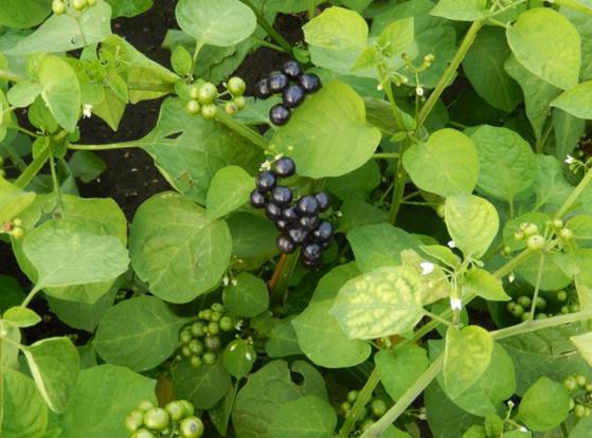 These also belong to Solanum, the same genus as tomato and potato. The African supervegetables are weedy species that occur in tropical and subtropical parts of Africa, Asia and South America. They take their name from their common use in Africa and are referred to as supervegetables because they are high in protein and iron content.

The supervegetables are easy to grow due to their weedy nature and require less fertiliser and watering compared to non-native crops such as cabbage, kale, and spinach. Because of their high nutrient and protein content, they are great for low-income households in Eastern Africa. More studies are now needed to see whether these crops could also be used in other areas to help poor farmers to increase the nutritional value of their diets.

Wild relatives of the African supervegetables can be found in the UK, even as far north as Scotland. Solanum nigrum L. is native to the UK and grows across Europe and Asia. They look very similar to the African supervegetables and have often been confused in the horticultural trade. RBGE has been growing the African supervegetables and the wild Solanum nigrum native to Scotland in Edinburgh over the past 3 years to trial whether these plants could provide us with new and exciting crops. These wild species could be used as crop species to diversify our gardens and croplands. The species can be used both for their leaves as leafy greens, or for their berries to provide fresh fruit and for making jams and juices. 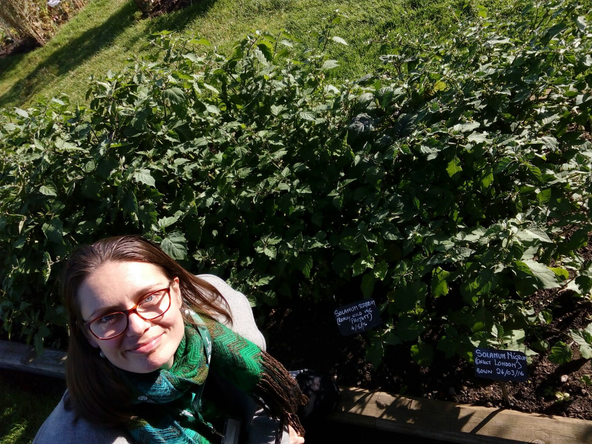 The introduction of new superfood varieties is extremely popular with the global market as taste buds are developing and people are keen to try new flavours. Salad used to be bland, but we are now enjoying more bitter flavours like rocket in our veggie bowls and Quinoa has gained huge popularity over recent years. RBGE hopes new nightshades can also be introduced into the western diet.

You can be part of RBGE’s efforts to explore new and wild things by coming to see wild relatives of potato growing in Edinburgh as part of the Protecting Potatoes exhibition from July until October. 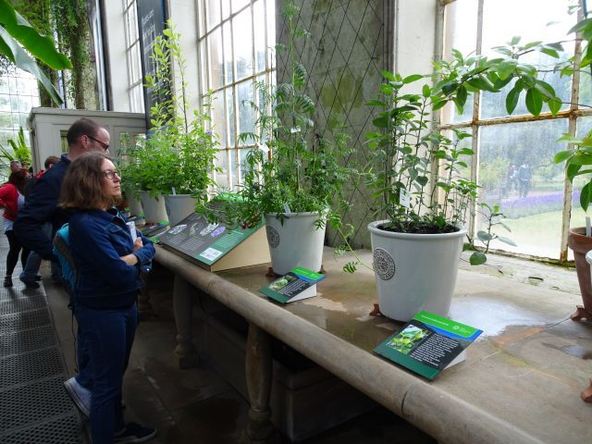 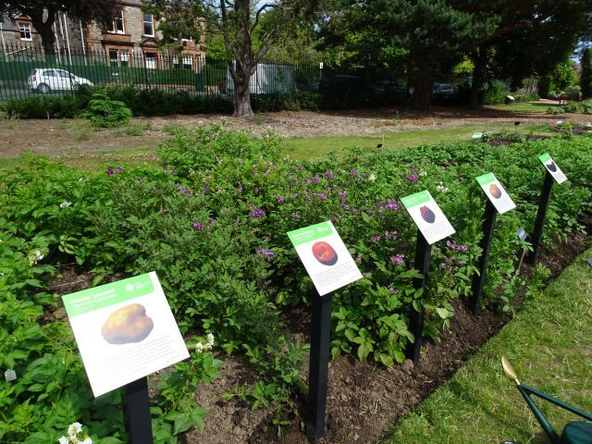 You can also see the African supervegetables growing next to the wild potatoes and taste their flavour to see if you approve.

The age of chocolate

As part of our studies into CWR we use dated molecular phylogenies (trees of life) in order to understand species relationships and how species have evolved through time. One group of plants we work on is Theobroma, which includes T.cacao, the source of chocolate, and its relatives. Chocolate is one of the most desirable foods on the planet but the future of the cacao industry is faced with a number of challenges, including climate change, low tolerance to pests and diseases and high cadmium accumulation.

Northwestern South America, specifically Colombia, is the richest region in Theobroma species and is therefore considered a centre of diversity for the genus, although they are found widely in Neotropical lowland rainforests from the Amazon basin to Southern Mexico. Our research has shown that T. cacao diverged from its most recent common ancestor ten million years ago. Why is it of interest that cacao is so old? Because 10 million years is enough time to generate a significant amount of genetic diversity within the species. This means that there may be undiscovered variants that provide resilience to climate change and are disease resistance, as well as new flavours or differing capacity to accumulate cadmium (an undesirable heavy metal that can end up in the final product). RBGE participates in projects that search for these new variants in the forests of Colombia. Maintaining the genetic diversity of cacao in its native ecosystems has the potential to ensure an environmentally and economically sustainable future for a growing chocolate industry by providing a rich source of new variants.