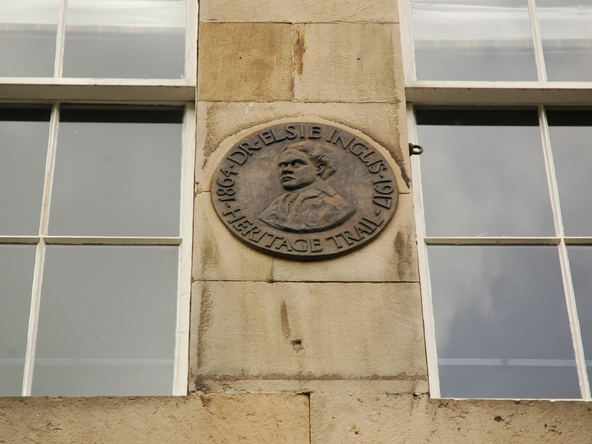 A History of Women in Medicine

Dr Inglis studied in Paris and moved to Edinburgh in 1887 where she began her training as a doctor. She was instrumental in the establishment of a dedicated maternity hospital in Edinburgh, known as The Hospice. She was known to waive fees and pay for patient’s expenses out of her own pocket.

Many of the techniques Dr Inglis introduced greatly benefited the poorer women of Edinburgh. She established a maternity hospital on the High Street. She became increasingly active in the women’s suffrage movement in and after the outbreak of the WW1 she began forming Medical Units composed of qualified female doctors to assist in the overseas war effort. Rebuffed by the British military and medical establishments, her doctors were welcomed by the French, Russian and Serbian governments. They proved to be much-needed, tending to a great number of injured combatants.

She died in Newcastle and was interred in Edinburgh, her body lay in state in St Giles Kirk and her funeral was attended by both the British and Serbian monarchy. Highly decorated by the Serbian government and commemorated extensively in memorials, plaques and streets.

Currently, the city is campaigning for a statue in her honour.

On 21st January 1840, a girl was born in Hastings, England. Unbeknownst to everyone, this little girl named Sophia Jex-Blake would make history. Sophia was home schooled and later went onto study at Queen’s College, London, despite disapproval from her parents.

Sophia travelled to the USA where she was inspired by a female physician. She decided that becoming a doctor was her life’s goal and applied to Harvard Medical School. Sadly, she was rejected due to her gender. This only fuelled her motivation. After returning to the UK, she applied to the University of Edinburgh, only to be rejected, again based on her gender.

She placed an advertisement in The Scotsman newspaper requesting other women to join her. In total, there became seven of them who banded together to apply again as a group to the University of Edinburgh to study medicine. This time all were successful, making The University of Edinburgh the first British university to accept women. They became known as the Edinburgh Seven and Sophia became the first practicing female doctor in Scotland. She went on to found the Edinburgh School of Medicine for Women.